This is another Math material I made years ago, which has been used countless times and has hold its own, even though I just used glossy heavy cardstock.

If you prefer, you can buy the already made printable through Montessori for everyone or Montessori print shop. Or just make your own using the pictures on those websites as a guide.

Here is a video lesson on how to introduce this material: 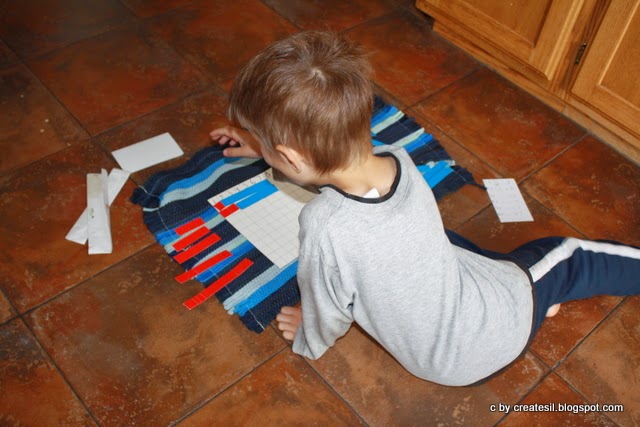 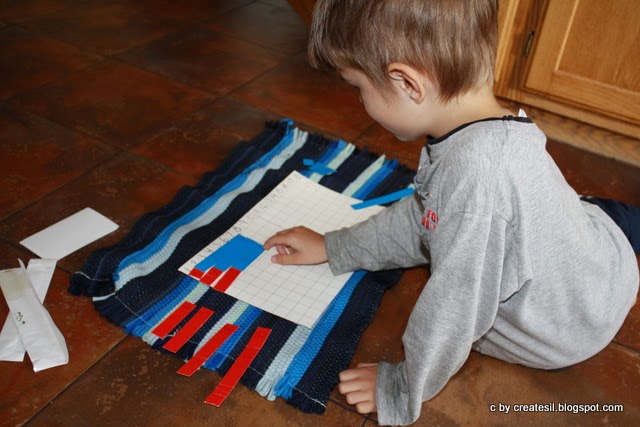 This week we have decided to explore the wonderful tradition of Easter Eggs and its rich symbolism and history.

Eggs, in general, were a traditional symbol of fertility, and rebirth. But in Christianity they assume a deeper meaning: they symbolize the empty tomb of Jesus:  though an egg appears to be like the stone of a tomb, a bird hatches from it with life; similarly, the Easter egg, for Christians, is a reminder that Jesus rose from the grave, and that those who believe will also experience eternal life. Eggs, while being dormant, contain a new life sealed within them, becoming a wonderful symbol of the Resurrection.

The Easter egg tradition may also have merged into the celebration of the end of the privations of Lent in the West. Historically, it was traditional to use up all of the household's eggs before Lent began. Eggs were originally forbidden during Lent as well as on other traditional fast days in Western Christianity (this tradition still continues among the Eastern Christian Churches).

One would have been forced to hard boil the eggs that the chickens produced so as not to waste food, and many traditional Easter dishes bear witness to that, having egg as the main ingredient.

Here are some examples: 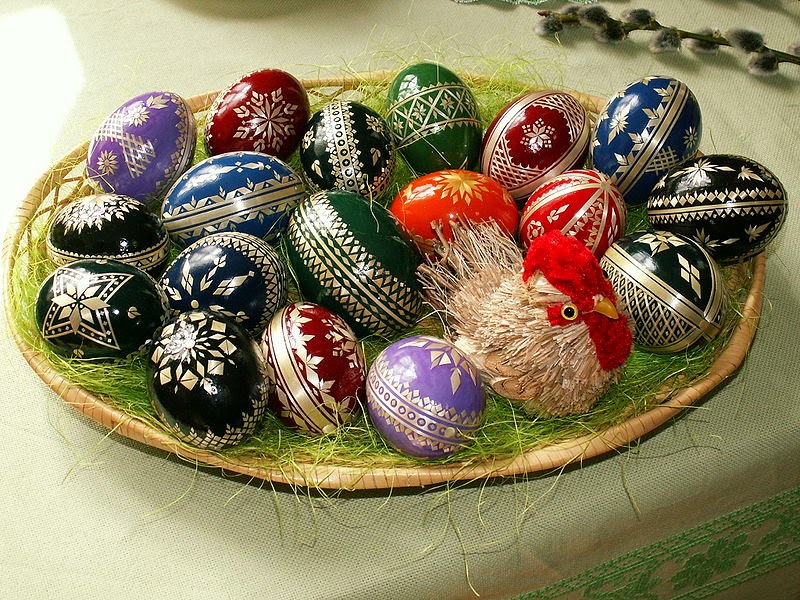 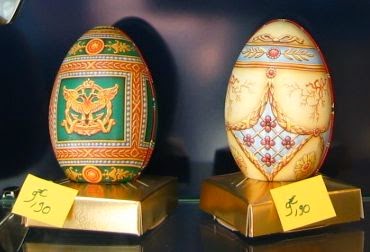 So, after learning about them, we made our own. First, I followed the instructions on this video to empty the eggs. My children were absolutely fascinated by the process…

After that we viewed many examples of this art on the Internet, you can use this gallery for reference.

We discussed how each look like, the differences among them, and picked our favourites.

Then, with the help of sharpies, small icon pictures from a catalog, and some acrylic paint, we all made our own. 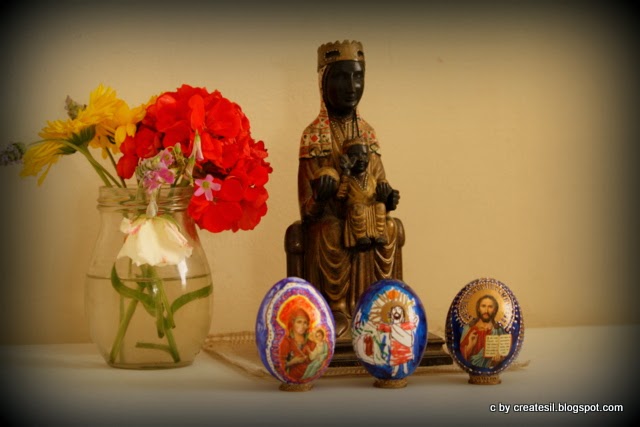 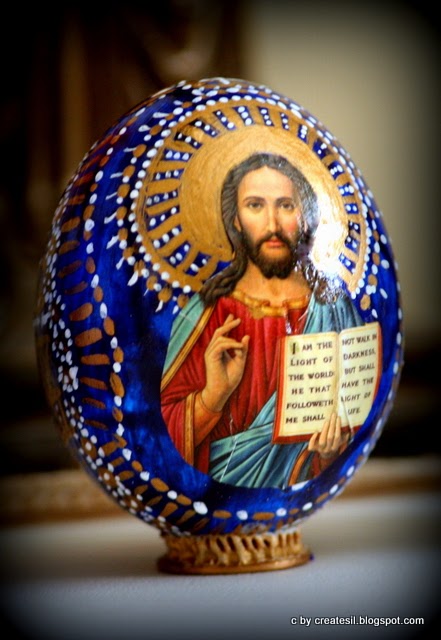 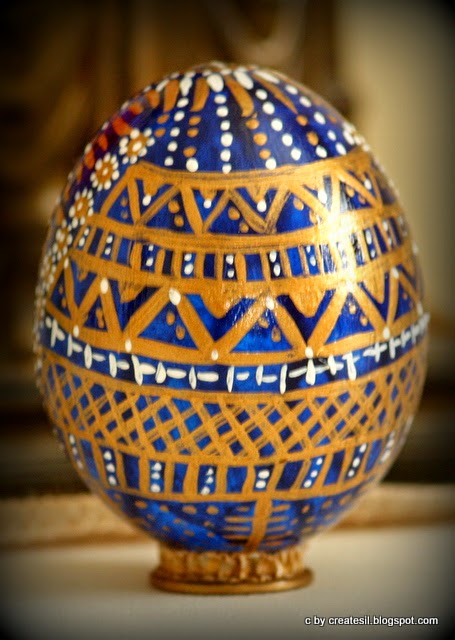 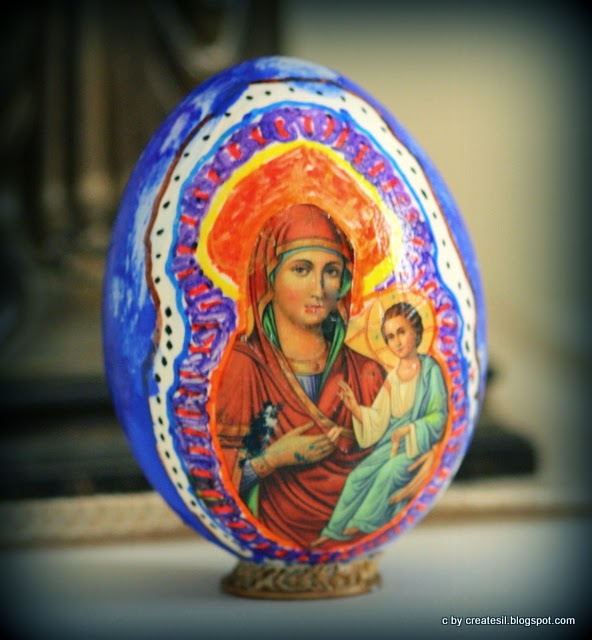 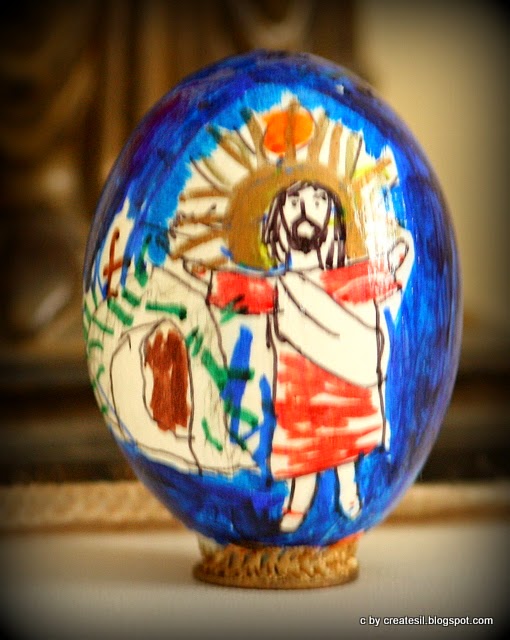 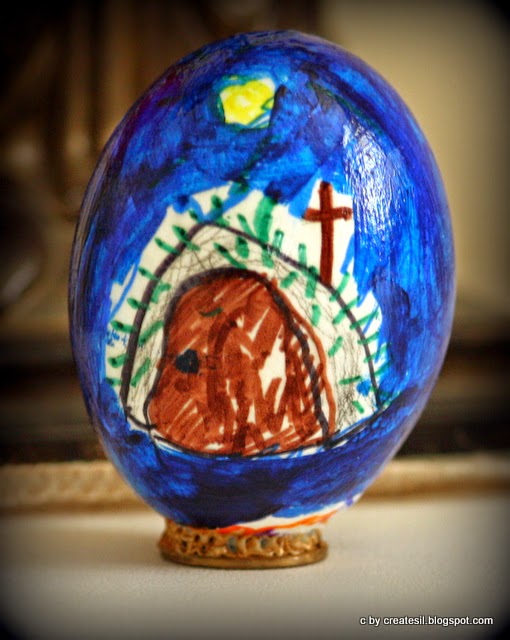 We finished them with a thin coat of school glue and when they were dried I made a base for them to stand on.

I used a penny and attached it to the egg with a small ball of modelling clay (approximately the size of a garbanzo bean) by gently squeezing them together. When the clay dried I painted it gold.

You can also use a generous amount of glue applied with a glue gun to attach the coin.


Have a Blessed Easter!

Posted by Silvina at 3:40 PM No comments:

Math materials made at home part 1

These are some of the Montessori Math materials we have adapted for our family. We have been using them all the time for a few years now, and they proved to be quite durable and fun.

Our Rods are made with 1/2" craft dowels, which I painted with acrylic. Since the dowels were 10" long, I used inches as the unit of measurement for them. They are quite smaller than the real rods, but our space is limited, so I compromised. :) Children really love these!! 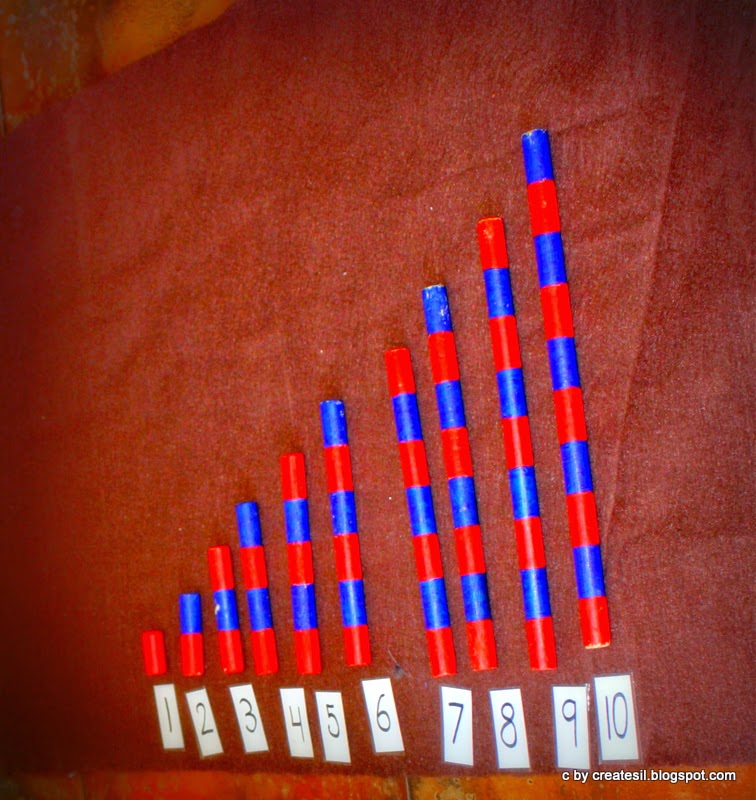 One that was really popular with all three children when learning their numbers was the counting work. I simply provided them with a box containing the numerals from 1 to 9 in laminated card-stock, the corresponding number of pennies to complete the work (45) and the beads. Our beads do not follow the same color code as the traditional Montessori beads, but we have kept the consistency within our our materials and extensions.

Posted by Silvina at 5:47 PM No comments:

We love field trips. There are so many wonderful places where you can learn, and have tons of fun. Here are some of the pictures of our visit to the Ocean Institute in Dana Point. The place is not that big, which is a plus since we did not have that weird, awful  "too little time, too much to see" feeling that sometimes accompanies going anywhere in California.

There were plenty of hands-on activities:


Dissecting and studying a squid 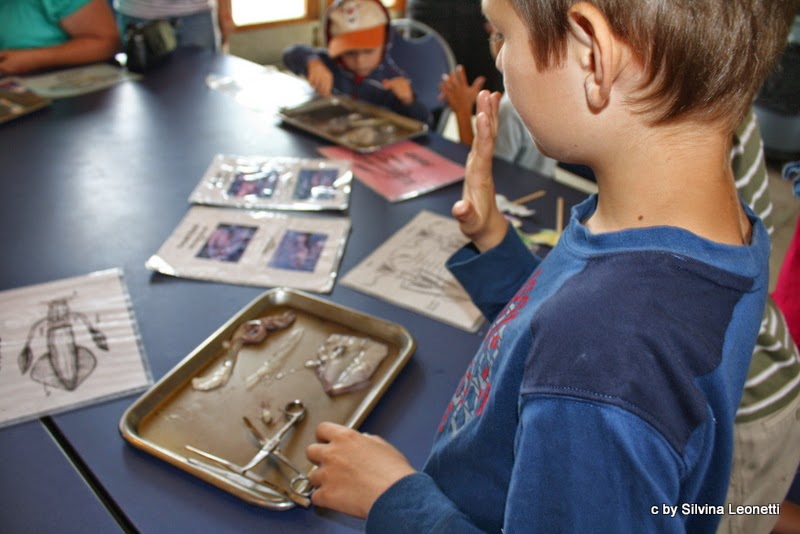 Looking at plankton with a microscope 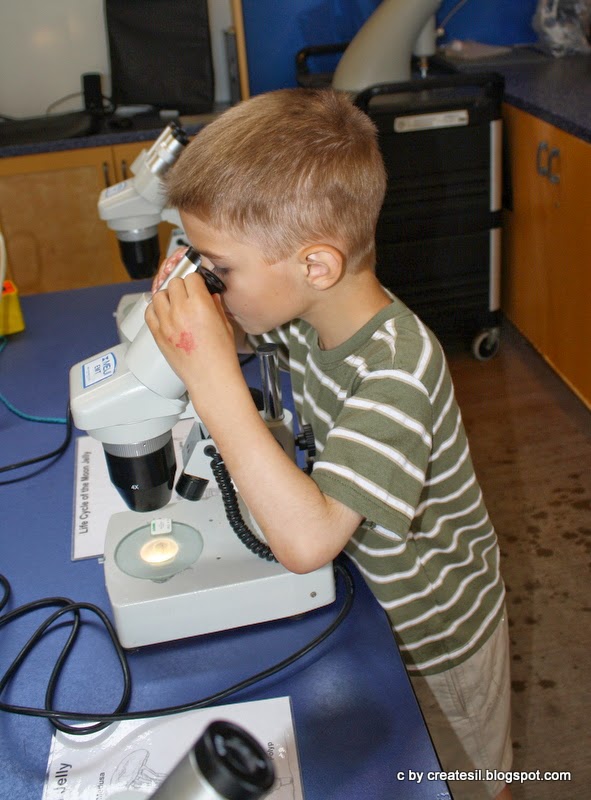 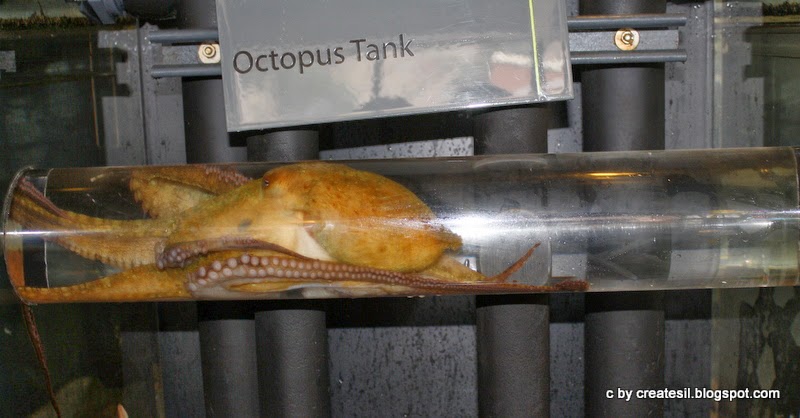 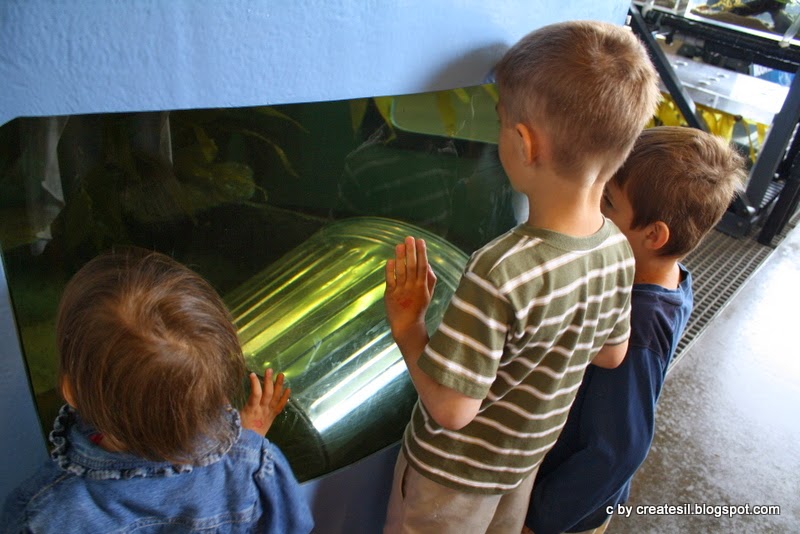 Just outside the Institute we also had a wonderful time searching for crabs, enjoying the view, and searching for treasures at the beach. 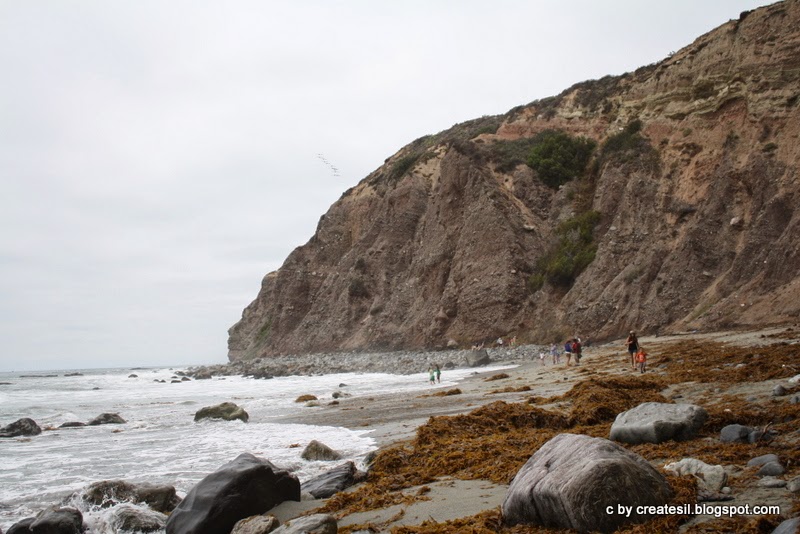 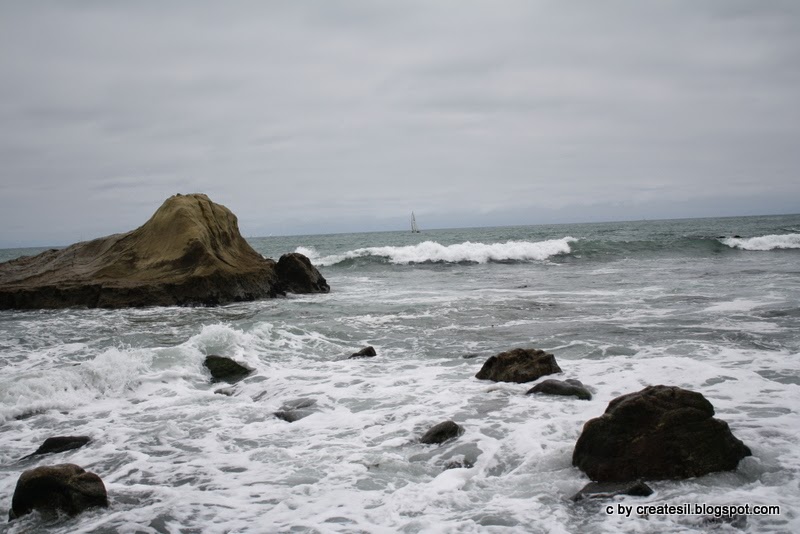 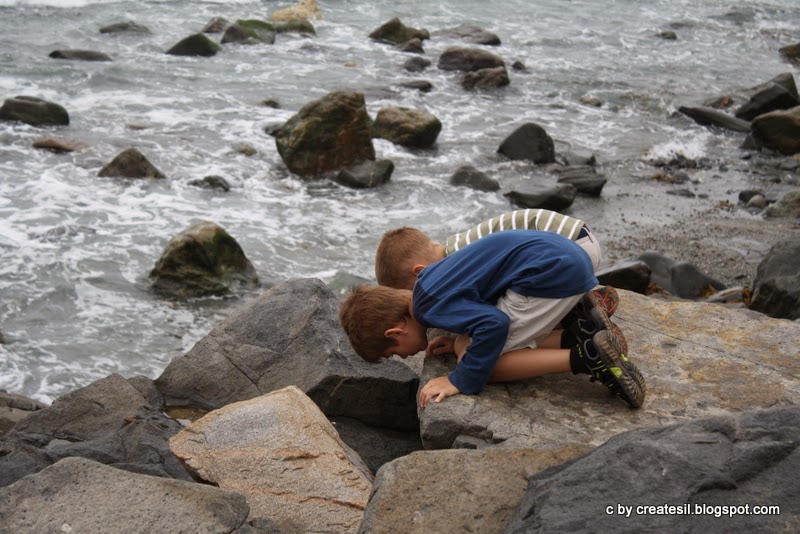 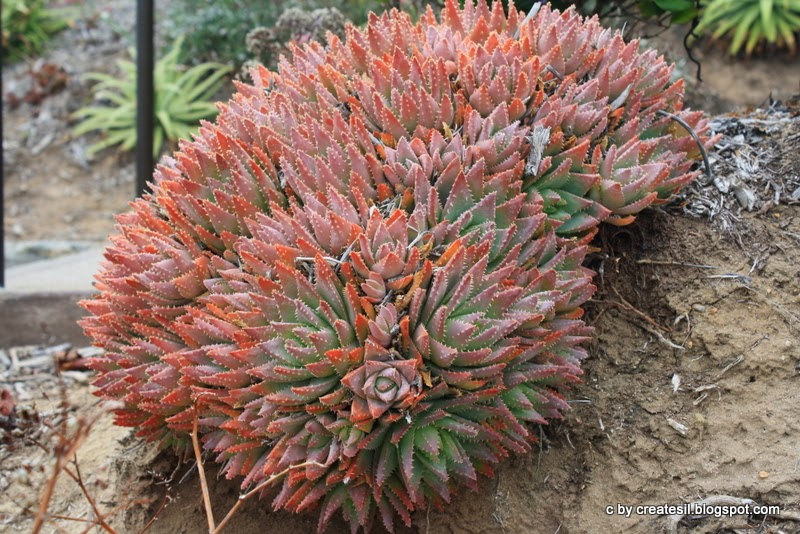 Here is the information about the Ocean Institute:

Ocean Institute: Experience is the teacher

Have fun and learn!!
Posted by Silvina at 2:07 PM No comments: